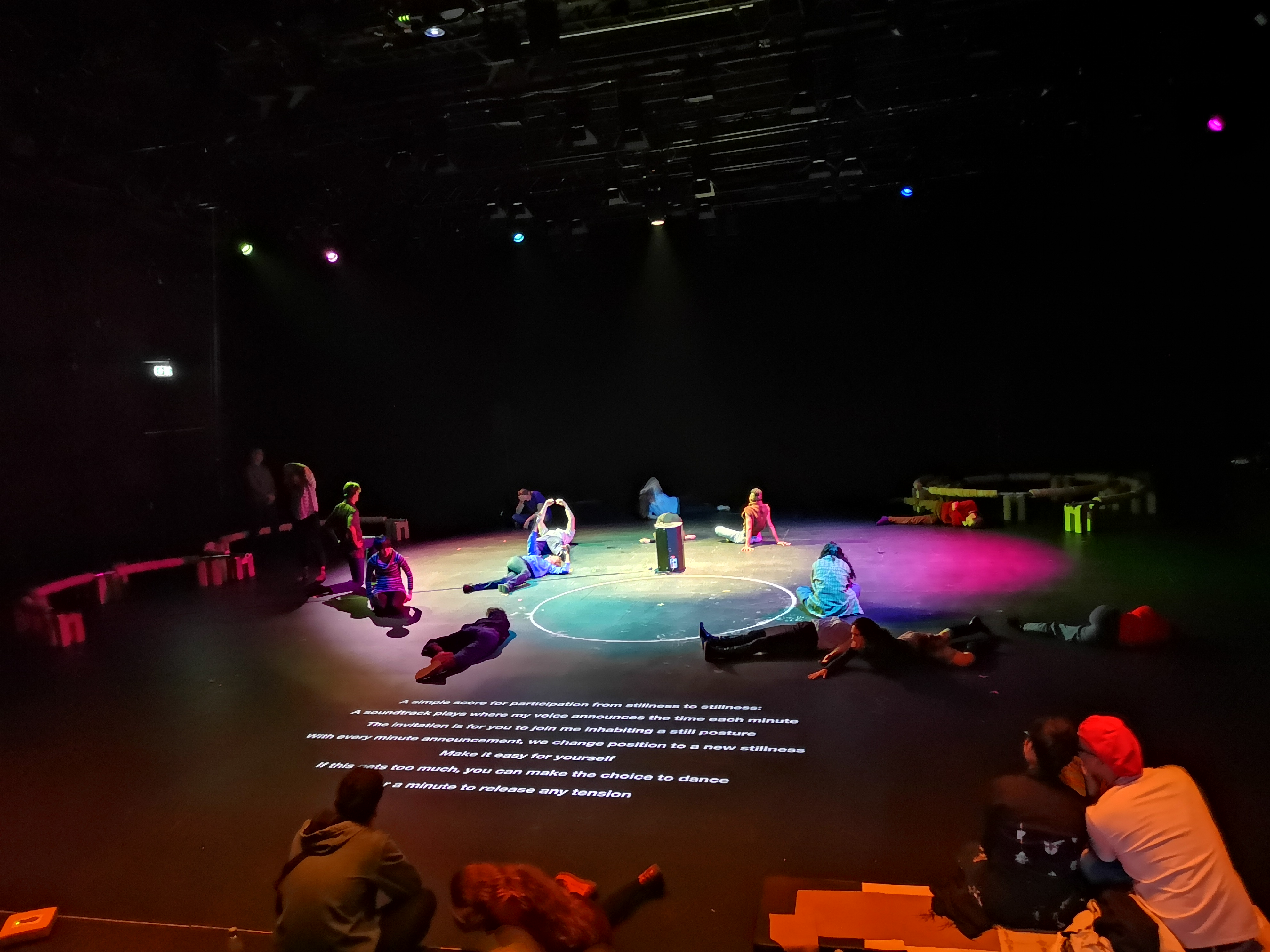 The week was full of incomprehensible events, so on the weekend I started looking for something fun and easy, like a dance party. That is how I stumbled upon a Viennese dance hall called Tanzquartier. In my native language "tanzquartier" means a private apartment where noisy parties are held on a regular basis. The Friday evening 11/11 was marked in their program as "Together the Parts. Day 1". It looked like a chance to collect the scattered pieces of my mind together. However, nothing could be further away from reality.

The first thing I saw at the Halle G was a panic room titled "How Can One Know in Such Darkness?". People were supposed to enter the room one by one just to be scared to death by famous Parisian badass Myriam Lefkowitz. Of course, I refused to enter and remained outside. Around 6 PM I noticed a group of strange and creepy creatures crawling from the depths of the stage towards the audience. In front of them they pushed a low cart with some instruments that I took for torture devices. Their slow attack was accompanied with a hypnotic rhythmic noise. I quickly climbed up to the top row of the auditorium and hid. When the attackers hit the first row, they dispersed among the audience and pretended that nothing happened. Later I found out that the group is known as PARASOL and was led by another gang leader from France named Alix Eynaudi. 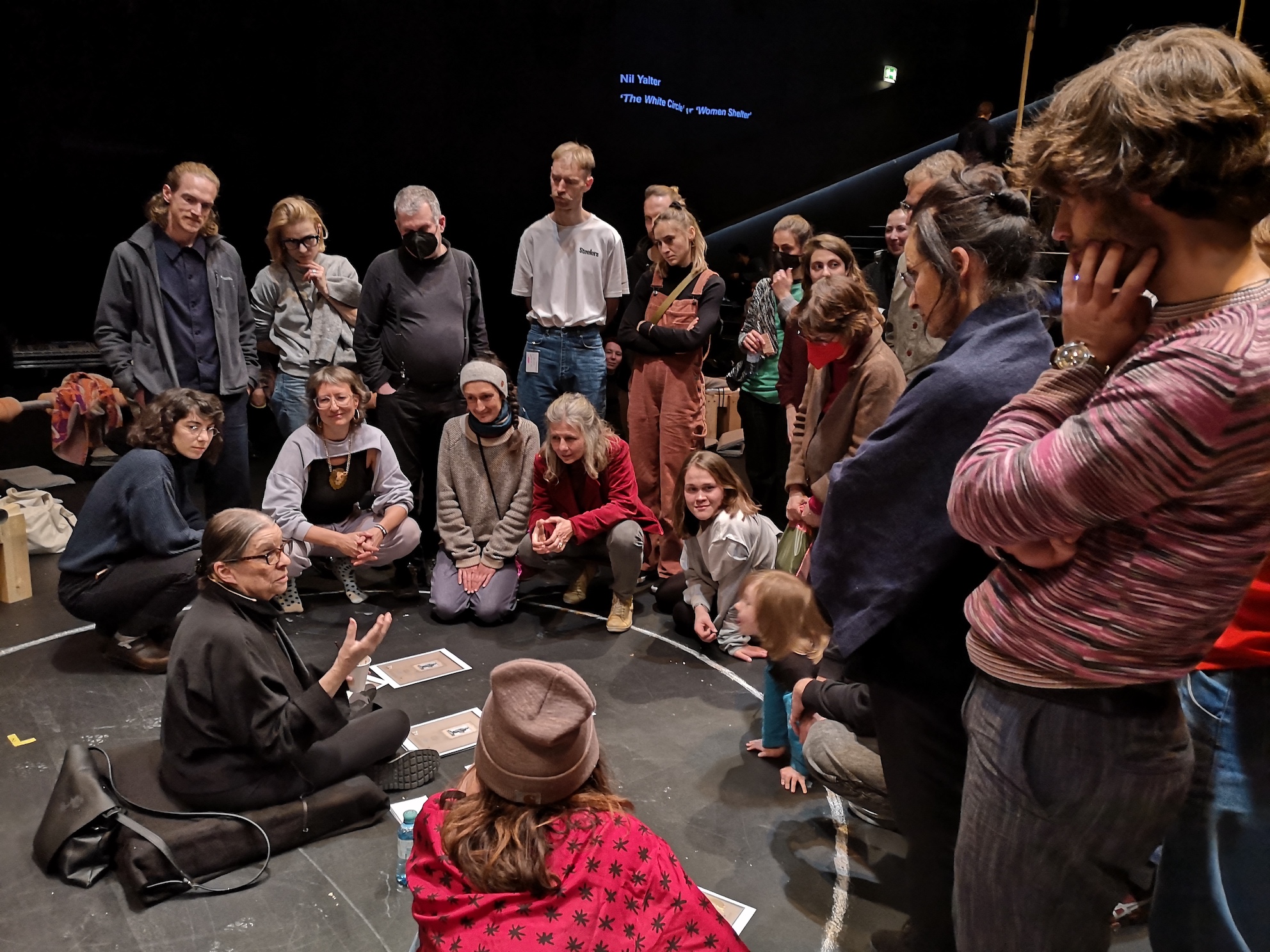 When the two curators of the show Katalin Erdödi and Philipp Gehmacher appeared on the stage I was expecting an apology for the mess, but instead they only made things worse by introducing a legendary sibyl and sorceress Nil Yalter. Nil sat in the center of a witch circle and started a ritual. Very soon, in just five or ten minutes the audience was completely bewitched: we all left our seats and settled around the sorceress, listening to her insinuating voice. Several times I tried to leave the circle but my will was completely paralysed. The rest of the evening was a kind of a blur for me. I recall another black magic practitioner SERAFINE1369, who was dancing in the dark and pronouncing spells into the microphone. Most of the audience was circulating synchronously around them, obeying the orders transmitted through the loudspeakers. 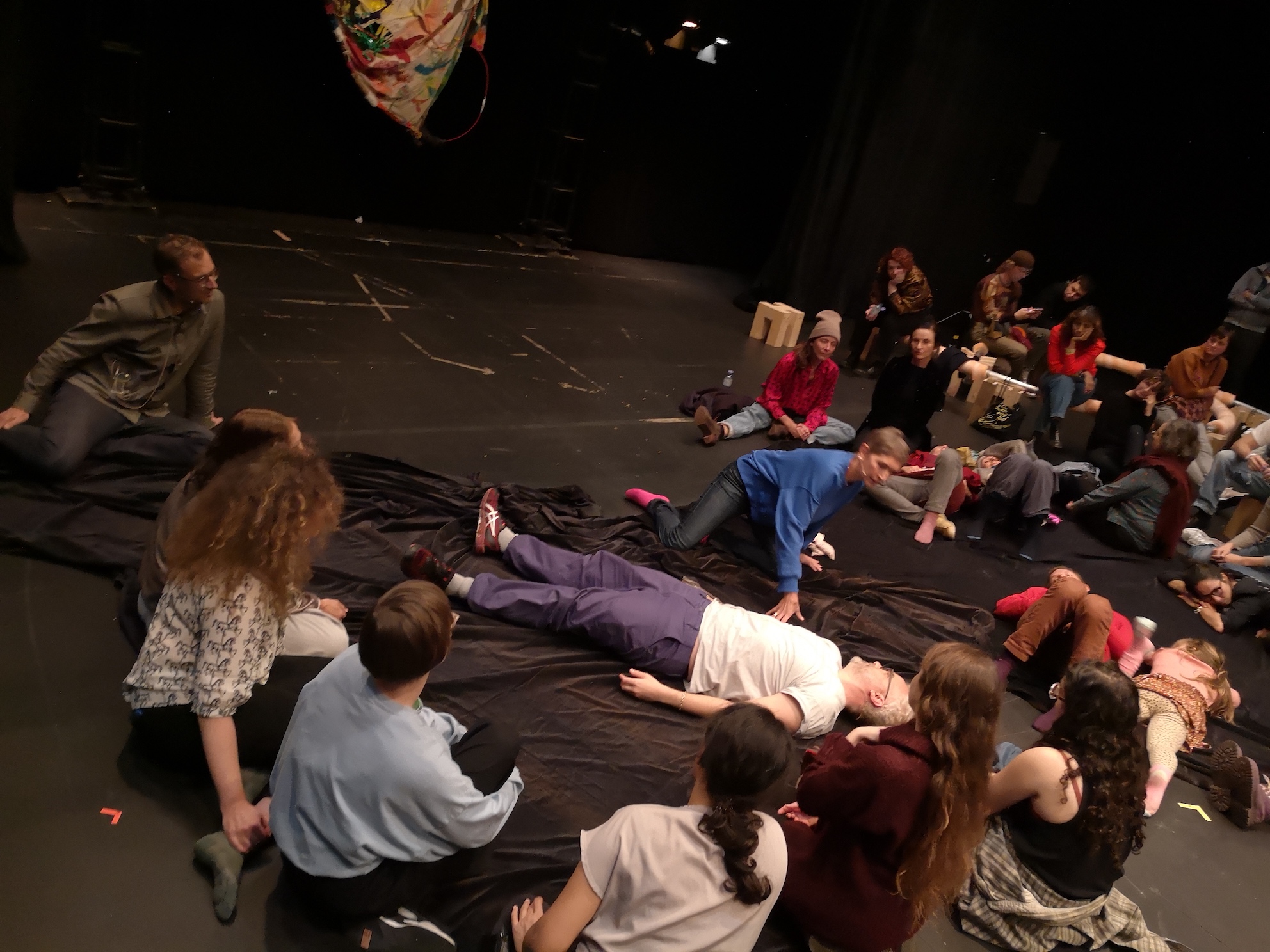 The last scene I can reconstruct from that night was quite a surrealistic one, where three honored art teachers Sabina Holzer, Hans Schabus and Philipp Gehmacher were rolling on the floor wrapped in a huge black curtain, surrounded by the crowd of hypnotised viewers who crawled around and tried to grab the edge of the curtain to wrap themselves in it too. Only by incredible effort of will I got to my feet, pulled my disintegrating parts together and left the witches' gathering. Ten days have passed since then, and I still have no idea what I witnessed in Tanzquartier that evening.