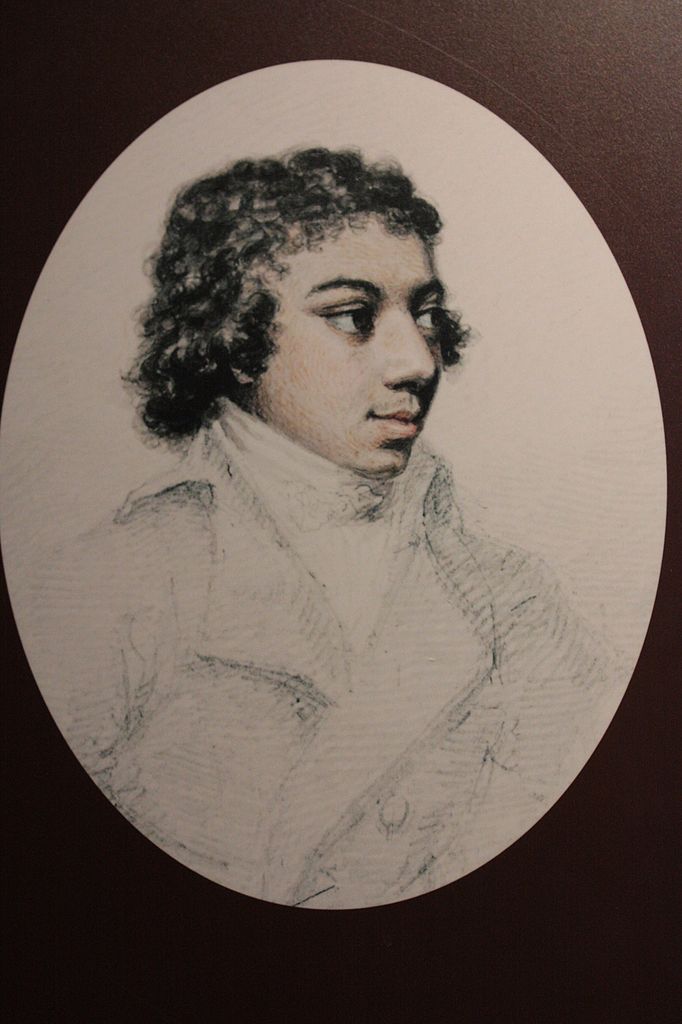 Inspired by the recent “Tag des Denkmals”, Austria’s contribution to the European Heritage Days , we honor the legacy of George Bridgetower: born 1778 in Austrian Galicia (now Biała Podlaska, Poland) and raised in Eisenstadt, he was a Black composer and violinist who performed the debut of the well-known “Kreutzer” violin sonata No. 9, Op. 47 at the Augarten Saal on May 24th 1803, and was honored by Beethoven as its original dedicatee. Although Beethoven and the 1803 sonata performance are remembered with a marble plaque at Augarten, the legacy of George Bridgetower and BIPOC (Black, indigenous, and people of color) remain out of the public eye and memory in Austria.

Despite decades of advocacy from BIPOC, especially black-led community coalitions, Bridgetower is not mentioned at the Augarten, nor does the city of Vienna have public memorials for other prominent Austrian BIPOC luminaries, such as Josefine Soliman. 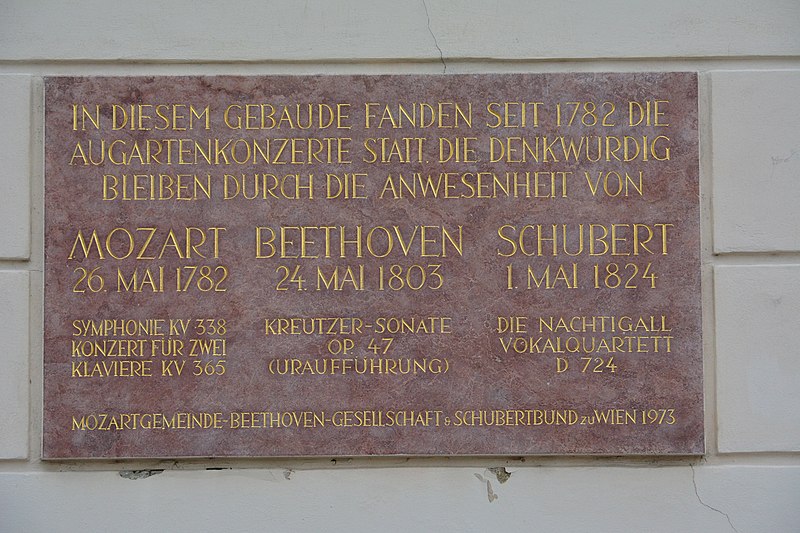 Who is George Bridgetower?

George Augustus Polgreen Bridgetower (1778/1780 to 1860) was born in Biała Podlaska, Poland in Austrian Galicia and raised in Eisenstadt at the court of Nikolaus Esterhaszy as the son of the court page, an Afro-Caribbean father from Barbados, and a white mother from Swabia. The young Bridgetower was a child prodigy who spoke multiple languages and was educated as a musician in the court. Before his ninth birthday, Bridgetower performed for Emperor Joseph II and debuted as a musician in Frankfurt. He performed in Paris for U.S. President Thomas Jefferson and across the UK – in London and Bath – for the British royal family, where he gained the patronage of the Prince of Wales. Organist and composer Samuel Wesley wrote that Bridgetower was “justly to be ranked with the very first masters of the violin” . Over the next decade, Bridgetower performed in concerts across Europe with leading orchestras, musicians, and composers, including Ludwig van Beethoven in Vienna. 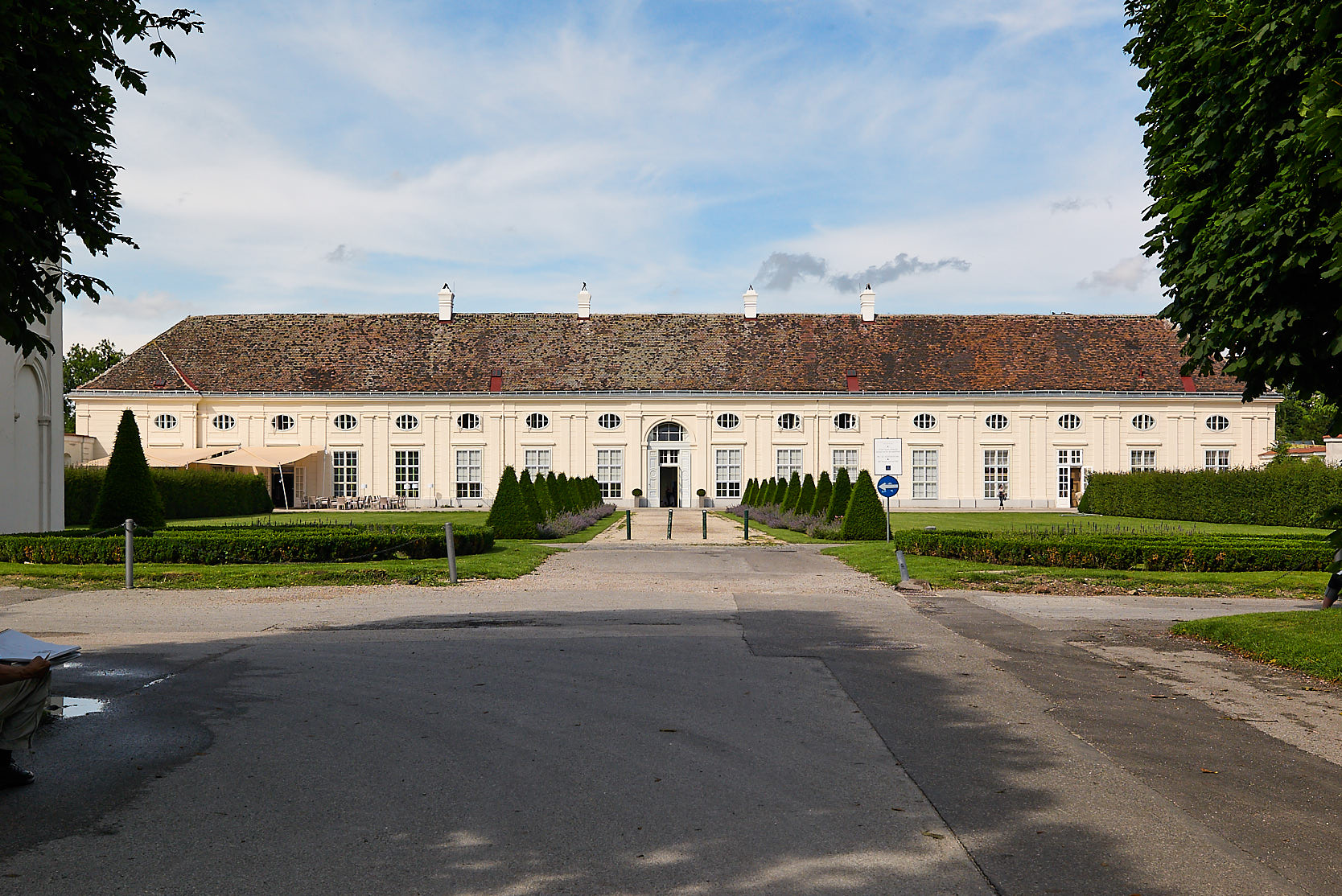 The halls of the infamous Augarten Saal, where Beethoven and Bridgetower once performed side by side, are now a porcelain museum, workshop, and restaurant in the heart of the Augarten park without any memoria or mention of Bridgetower. Photo: Susanne Zottl Architecture Studio

Bridgetower in Vienna: Then and Now

Bridgetower was invited to Vienna in 1803 under the invitation of Beethoven’s patron to meet and perform with the composer. The ailing Beethoven found artistic inspiration and camaraderie with Bridgetower. After hearing Bridgetower play, Beethoven agreed not only to perform with him, but also write a piece for both of them to perform together as a duet in Vienna. The composition, violin sonata, No. 9, op. 47, debuted with acclaim, with Beethoven leaping from his seat, hugging Bridgetower and cheering for an encore: “Noch einmal, mein lieber Bursch!” (“Once again, my dear boy!”)

Despite their success in Vienna, Beethoven and Bridgetower never performed together again after a personal falling out. Beethoven published the sonata one year after its debut as the “Kreutzer” Sonata, named after French violinist Rodolphe Kreutzer, who never performed the piece and even called it “outrageously unintelligible.” Bridgetower returned to the UK, where he studied music at Cambridge University, joined the Royal Philharmonic Society, and performed as a musician until his death in London in 1860. He was honored in his death certificate as a “gentleman” and buried in the Kensal Green Cemetery.

In June 2020, 160 years after the death of Bridgetower, the people of Vienna and through-out Austria marched in solidarity with the global Black Lives Matter movement, a community call for justice against anti-Black racism, discrimination, and police brutality. The protest was also the country’s third largest protest in the last 20 years with community-led Black Lives Matter protests through-out the country.

Although the protests put forward calls for justice in academic, political, and cultural institutions in Austria, these demands were long advocated as policies and lived experiences by Black and communities of color. For example, according to the EU Agency for Fundamental Rights , 37% of Austrian respondents of African descent were stopped by the police due to racial profiling in the last 5 years of the survey from 2013 to 2018. One in two respondents are “having great difficulty making ends meet” and face one of the highest rates for housing discrimination in the EU.

Amidst the protests and calls for justice, public monuments and the arts became centers for BIPOC communities and their allies to rally for change, as an act of re-claiming and honoring marginalized communities in public space. The Black Lives Matter protest in Vienna on June 4th met and gathered at the memorial statue for Marcus Omofuma , a 25-year-old Nigerian asylum seeker killed by the police while being deported. Movements and public campaigns, such as the “Demolish Lueger memorial” petition, and public campaigns to re-name Vienna streets became acts of challenging colonial, anti-semitic and racist history and creating safe and democratic spaces for and led by BIPOC and marginalized communities.

Over fifteen years before the 2020 Black Lives Matter protests, Black activists and scholars Claudia Unterweger, Belinda Kazeem-Kamiński, and the grassroots-led Black Austrian History research group documented the life and family of Josefine Soliman in Vienna, including re-claiming the street of the family’s home on Löwengasse in Vienna’s 3rd district as “Hidden Histories: Re-Mapping Mozart” project of the 2006 Vienna Mozart Year.

The city of Vienna approved and created a city street, Angelo-Soliman-Weg , in honor of Soliman’s father, Angelo Soliman, in 2013. However, similar to the absence and silencing of George Bridgetower from the Augarten plaque, there are no public monuments for Josefine Soliman. The Angelo-Soliman-Weg is also located in a short, uninviting bike path underneath a bridge far away from the crowds and families of the residential neighbourhood.

As the city of Vienna and Austria’s academic, cultural, and political institutions are slowly adding to the discourse by reflecting on their colonial pasts, representation of marginalized communities alone is not enough. In the words of Maya Angelou, “the very serious function of racism… is distraction. It keeps you from doing your work. It keeps you explaining over and over again, your reason for being. Somebody says you have no language and so you spend 20 years proving that you do. Somebody says your head isn’t shaped properly so you have scientists working on the fact that it is. Somebody says that you have no art so you dredge that up. Somebody says that you have no kingdoms and so you dredge that up. None of that is necessary… There will always be one more thing.”

For Black, indigenous, and communities of color in Austria – from 18th century Eisenstadt and the borderlands of the Austrian-Hungarian Empire to the streets of Vienna and rural townships in 2021 – honoring legacies of George Bridgetower, Josefine Soliman, and so many more silenced from history and public space remind and affirm us: BIPOC communities are here, we have always been here, our ideas shaped this country’s legacy, we deserve better.